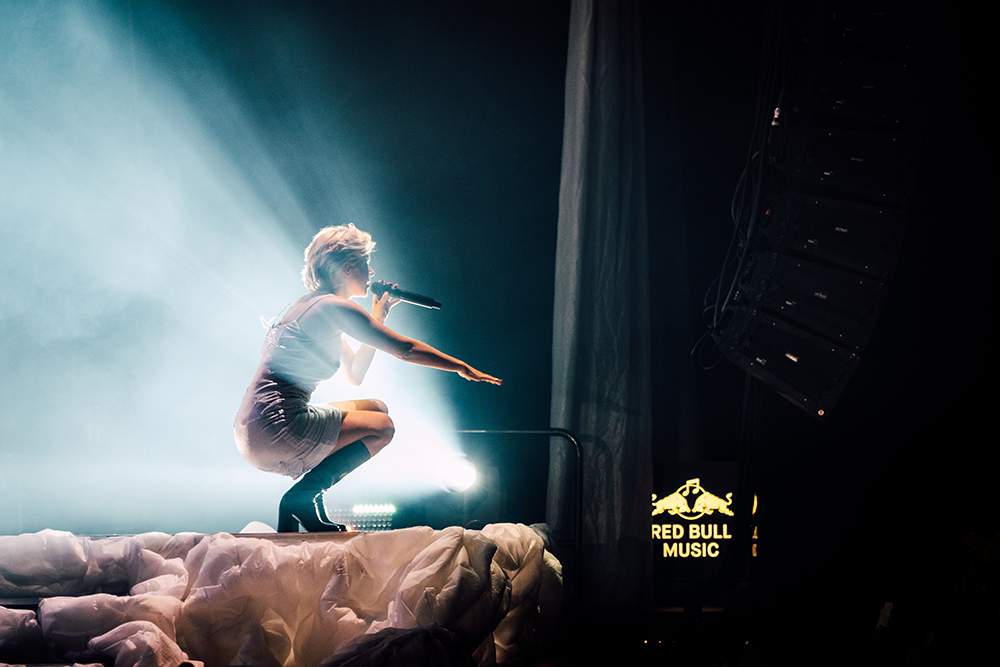 Red Bull Music will return this February to the City of Angels for the next installment of the critically acclaimed international music series. Kicking off February 7th, Red Bull Music Festival Los Angeles 2019 (RBMF LA) will explore how music intersects with film, gaming, photography and more, as well as partnering with groundbreaking artists from Los Angeles and around the world for special performances and lectures. The festival made it’s Los Angeles debut in the Fall of 2017 and this year’s installment follows six acclaimed Red Bull Music Festivals in New York City, and the festival’s Chicago debut this fall.

The 2019 festival’s programming includes the launch of Swedish pop-royalty Robyn’s North American tour, taking place over two nights at the historic Hollywood Palladium. She re-emerged for the first time in several years this past May at Red Bull Music Festival New York to deliver a powerful public lecture and re-teams with Red Bull Music to bring her spectacular live show to the city for the first time since 2010, performing songs from her new album Honey.

Some of hip-hop’s brightest young names will also be part of RBMF LA. Valentine’s Day will see a special evening with rap’s dynamic duo Rae Sremmurd. Couples and singles will be treated to their eclectic and energetic live show which will also include some very special covers of iconic love songs of past and present, all within the halls of a historic bank vault in Downtown Los Angeles. Acclaimed hip-hop photographer Gunner Stahl has documented the rise of a new generation of hip-hop stars. RBMF LA will bring Stahl out for a DJ set featuring a range of special guest performances with recognizable faces from his work.

The festival is also working with the Los Angeles-based multi talented collective Illegal Civilization. Known initially for their skate videos, IC has become a leader of youth culture. Headed by polymath Mikey Alfred and fresh off a collaboration with Jonah Hill on his film Mid90s, Alfred and his crew are programming Illegal Civ Movie Motel–a day-long event at the iconic ’50s-era Pink Motel. The event will feature a crew of IC musical affiliates including Tierra Whack, Tommy Genesis, Show Me The Bodyand more, a mini-skate park, late night film screenings, a community swap meet and more.

RBMF LA kicks off with a new original piece helmed by Latinx singer-songwriter San Cha, who willtake her explosive and visceral artistry to new heights. The show will be based around the telenovela programs of her childhood, and will feature artists across a range of LA’s artistic disciplines.

Also throughout the festival, Red Bull Music will present Center Channel, an ambitious film seriesexploring the most compelling intersections of sound and film. Red Bull Music has collaborated with curators from LA’s local music and film scenes for premieres, screenings, panels, and live performances. Center Channel will offer a vibrant and versatile community space in the historic Ukrainian Cultural Center on the border of Hollywood.

About Red Bull Music
Red Bull Music unites 20 years of initiatives in music. It is a program that celebrates music, its culture and the transformative minds behind it. With multiple festivals, music education workshops, collaborations with artists and thousands of initiatives, Red Bull Music supports artists and local music communities around the world. Shining a light on the unique sounds and scenes of host cities, the Red Bull Music Festival series has traveled the globe, touching down in Sao Paulo, New York City, Chicago, Tokyo, Johannesburg, Berlin and beyond.