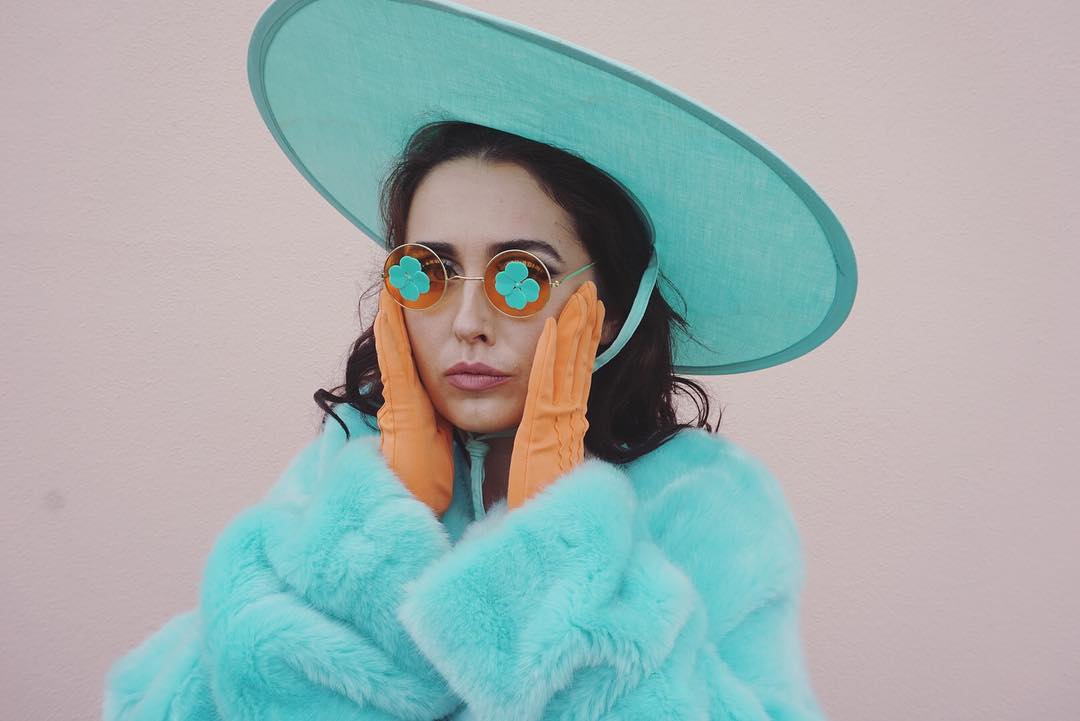 Emerging vocal sensation Fiona Grey has been writing and performing music with Los Angeles as her backdrop. Originally from Chicago, Grey utilizes the earnest nature of her raw vocal quality and defines her sound as “dirty pop,” teased by shades of sultry, soulful melodies.

Drawing inspiration from the world of Hollywood, it’s unrealistic expectations and the vices that people use as a form of escapism, Grey hopes that her music will help listeners aim to be the most pure and honest versions of themselves. “There is a lot about living in a pop culture centered world that we deem as ‘normal behavior’. I hope that the music can remind the listener that this follower-centric, alternate persona universe we live in is all temporary happiness,” reveals the songstress who is known for her dynamic glittery performances.

Grey’s EP Cult Classic vocalizes these cultural issues and expresses Grey’s vulnerability and anger towards the world we are living in and her desires for the world we are shaping. Produced by Grammy award-winning Mike Schuppan (Paramore, M83, Ziggy Marley) and mastered by Dave Cooley (Fitz & The Tantrums, Stone Temple Pilots), the release is packed with powerful storytelling and imaginative visuals. Grey admits, “Each song has its own identity and story it wants to tell”. Sonically the EP is built around organic instrumentation, fusing modern electronic soundscapes while ensuring that the production doesn’t take away from the honesty of the music. Featuring string arrangements, full choirs and authentic instruments, the release delivers listeners with a dynamic and dimensional experience. Having been described by Galore Magazine as “bringing Hollywood glamour to a sultry story of love, drugs and vanity” and adding theatrical elements, Grey is essentially the Elizabeth Taylor of the modern pop music industry.

The new visuals for ‘Girls Like Me’ expresses the importance of revealing all your different sides to one another, whether it’s your vulnerable side or something you don’t always wish to share. Grey reveals, “It was a really invigorating experience to be completely makeup free. I think that we constantly compare ourselves to the highly edited version of “influencers” and pop culture icons. Artists rarely showcase their flaws. When I first watched it I was really nervous, I felt super vulnerable but watching it back now is just invigorating”.

Grey has found success having performed on some of the worlds biggest stages including Ravina (Chicago), Walt Disney Concert Hall (Los Angeles) and Irving Plaza (New York). She has also had airplay on tastemaker stations such as KCRW, as well as having toured internationally including heading three successful European tours.

Let’s Do It – Release Party [Event]: Visual Base TV

Anita – Let’s Do It [Official Music Video]: Visual Base TV